Carlisle Barracks is a United States Army facility located in Carlisle, Pennsylvania. It is part of the United States Army Training and Doctrine Command and is the site of the U.S. Army War College. It is the nation's second-oldest active military base.[2]

At the intersection of Indian trails along Letort Creek, in the eighteenth century the town of Carlisle became the jumping-off point for traders and settlers heading over the Alleghenies on their way west. A brief 1756 encampment at Carlisle preceded the more permanent settlement in May 1757 during the French and Indian War between the colonies of Britain and France, when Colonel John Stanwix marched upstream with British regulars and provincials against the backdrop of the international Seven Years' War. After the American Revolutionary War, from 1783-1837, the town of Carlisle was significant as the frontier gateway, as a greatly increased wave of land-hungry migrants moved west.

During the war, numerous substantial brick buildings were erected at Carlisle Barracks for military stores and to accommodate workmen of the revolutionary government's dedicated managing body for the Army, the Ordnance Department. While the facility might have been used to store ammunition and explosives, its lack of access to water transportation made it impractical because of the difficulty of overland travel.[3] The Hessian Powder Magazine, now Hessian Guardhouse Museum, was built in 1777.[4]

In 1794, Carlisle Barracks became the center of intense military activity with the outbreak of the Whiskey Rebellion. President George Washington journeyed to the barracks to review the troops--perhaps as many as 10,000 men. The crisis was posed by farmers in southwestern Pennsylvania, who refused to pay a tax on the commercial whiskey they distilled from their corn crops. They had found corn processed as alcohol more easily transported east over the Alleghenies and more profitable to sell than was corn as grain.

President Washington recommended the barracks as the site for a Federal military academy, but Pennsylvania lost that political battle to the state of New York and its West Point location. The government decided to clear up ownership of the post; in 1801, the government paid $664.20 for the 27 acres (110,000 m²) which it had been renting from William Penn's heirs.

In 1838 the School of Cavalry Practice was established at Carlisle Barracks. It was the army's small but elite mounted force, the forerunner of the Armor School now at Fort Benning, Georgia. Captain E. V. Sumner found most of the barracks buildings in disrepair, the maneuver area less than adequate, and the horses in short supply. Overcoming these problems included drilling his recruits at the double time on foot to simulate the trotting of the missing horses. Another mounted organization, horse-drawn light artillery, also established its school at Carlisle Barracks. In 1839, Captain Samuel Ringgold arrived to begin training recruits and testing equipment for the "flying artillery," as it was sometimes called.

From the early Civil War days, south-central Pennsylvania was rife with rumors of a Confederate invasion up the Shenandoah-Cumberland Valley from Virginia to Pennsylvania. Although many miles from the combat front, the garrison at Carlisle became a central supply center for ordnance stores, horses, and quartermaster supplies under Captain David[5] H. Hastings. Recruits once destined for Indian-fighting units on the western frontier were prepared to replace casualties in Regular Army units. Entire units were sent to the barracks to refit before specific deployment.

In June 1863, "the Rebels are coming!" was a cry with substance. In spite of a small defensive Pennsylvania militia and home guard force, Brigadier General Albert G. Jenkins' Confederate cavalry entered Carlisle on 27 June. Jenkins led his mounted brigade east along the Trindle Road, where they bivouacked while they took rations by wagon from the town. He had levied a demand for food for his 1,500 men and forage for their horses. Three North Carolina brigades occupied Carlisle Barracks; the troops camped on the parade grounds.

Major General J.E.B. Stuart's cavalry division approached Carlisle from the east on the afternoon of Wednesday, 1 July. Depleted by a sweeping march around the Union Army, Stuart hoped to find needed provisions--unaware that other Confederate units had already sought the same Carlisle provisions. Stuart sent a demand for surrender of the Federal forces under the command of Brigadier General William Farrar Smith. When his demand was refused, Stuart initiated a short bombardment. When a second demand was refused, Stuart ordered his troops to shell the town and, later, to torch the barracks. See Battle of Carlisle.

After the Civil War ended, the barracks returned to its pre-war mission of receiving, training and forwarding cavalry recruits destined for the Indian wars on the western frontier. But, as army operations moved west, the War Department moved this function to the St. Louis Arsenal in Missouri. There it had access to transportation on the Mississippi and Missouri rivers. On 20 April 1871, Carlisle Barracks was officially "discontinued as a sub-Depot for the Mounted Recruit Service." The installation was available for new uses.

In 1879, the War Department passed control of the post to the Department of the Interior. The US Congress had authorized the Bureau of Indian Affairs (BIA) to found the first Indian boarding school for the education of Native American children. During and at the end of the Indian Wars, the US government sought a way to integrate the children into the life of the European-American culture.

The Carlisle Indian Industrial School officially opened on 1 November 1879 and operated until 1918. Among the first batch of students were groups of children from Sioux bands that had rebelled against the US.[6] The Indian Bureau sent the children to the school to be educated and kept as political hostages to ensure compliant behavior on the part of the Indian groups from which they had been taken.[6]

Commanding General of the Army William T. Sherman had acceded to the petitions of Richard Henry Pratt to use the barracks for a model Indian school. The goal was for children to learn English and European-American ways, to gain an education apart from the reservations, and live among European-American men and women. Pratt believed Native Americans needed such education to be able to protect their lands and societies. He became the school's founder and first superintendent. He based the school's program on his experience since 1875 in supervising and educating Indian prisoners-of-war at Fort Marion in St. Augustine, Florida. Twenty young Indian men gained further education at Hampton Institute, a historically black college, and private schools in New York.

On 1 September 1918, with World War I underway, the U.S. Army took back Carlisle Barracks. It used the facility to respond to a wide set of changing army and security needs. At the end of World War I, the U.S. Army established General Hospital No. 31 as a pioneering rehabilitation center there. For two years, the hospital provided medical treatment, mental reconditioning and vocational training for more than 4,000 afflicted soldiers returned from service with the American Expeditionary Forces in France. Carlisle Barracks' equipment laboratory designed and tested new products, including improved lighting for field hospitals, a field dental dispensary, first aid kits for arctic rescue, and the "First-aid Packet, U.S. Government Carlisle Model" bandage field dressing[7]

In the fall of 1920, the Medical Field Service School was established under Colonel Percy M. Ashburn's command. Drawing on the lessons of World War I, the school developed medical equipment and doctrine suitable for the battlefield. More than 30,000 officers and NCOs passed through the school during its 26-year tenure at Carlisle Barracks. They applied classroom instruction and field exercises to train in care of casualties and disease prevention, the latter a major problem for the military until improvements in sanitation and antibiotics.

When the Medical Field Service School departed in 1946 for Fort Sam Houston at San Antonio, Texas after World War II, educational innovation continued. From 1946 until 1951, six U.S. Army schools were located at Carlisle Barracks. First was the Army Information School, followed shortly by the School for Government of Occupied Areas, and then the Adjutant General's School for army personnel managers. The next year brought the Chaplain School and the Military Police School. Finally, the Army Security Agency School began highly classified operations in 1949 and stayed for two years before being displaced.

In the spring of 1951, the United States Army War College, senior educational institution of the U.S. Army, relocated to Carlisle Barracks. The College, established in 1903 and formerly located in Washington, D.C., had functioned as part of the General Staff during its early years. It chiefly prepared selected officers for high command. Distinguished graduates of that period included John J. Pershing (Class of 1905), Dwight D. Eisenhower (1927), and Omar N. Bradley (1934). Classes were suspended in 1940 during the preparedness mobilization for World War II, and not resumed until a decade later at Fort Leavenworth, Kansas, for the 1950-51 academic year. The new commandant, Lieutenant General Joseph M. Swing, relocated with the college to Pennsylvania in July 1951 and turned over command to his successor, Lieutenant General Edward M. Almond, just in time for the arrival of the first Carlisle-based class.

At Carlisle, the Army War College grew steadily as it performed its mission of preparing officers for leadership at the highest levels. The college soon outgrew its main academic building (the current Upton Hall) and transferred to the newly constructed Root Hall in 1967. Two specialized agencies evolved into integral parts of the Army War College: the Strategic Studies Institute, first formed in 1954; and the Military History Institute, established in 1967. The Center for Strategic Leadership, a state-of-the-art war gaming complex that opened in 1994, contributed another dimension to the college and to Carlisle Barracks' history as a distinctive U.S. Army campus.

In 2005 the Carlisle Barracks was originally listed as a candidate for closure under the realignment process and BRAC hearings, but was subsequently removed from the list. In 2006, Carlisle Barracks broke ground on a significant project to construct new military housing, work that had been postponed pending BRAC review.[8] 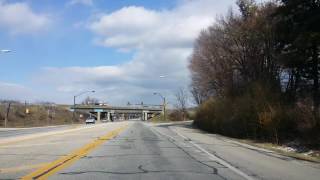 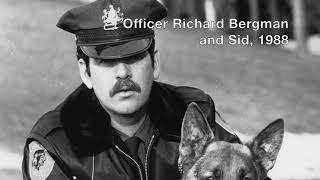 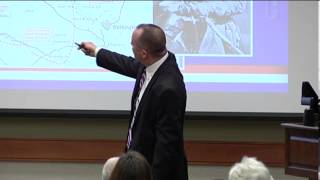 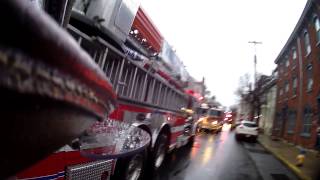 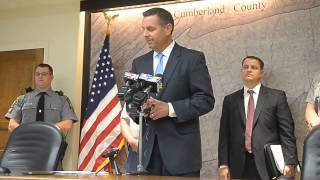 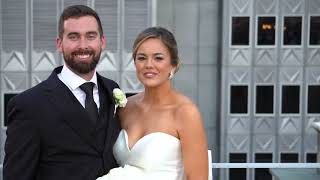 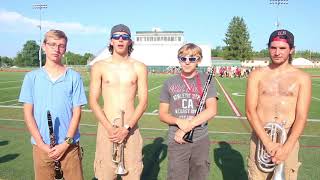 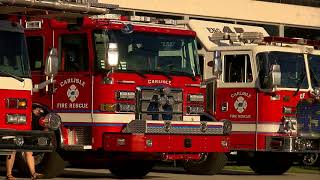 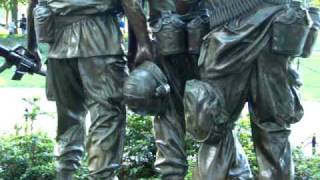 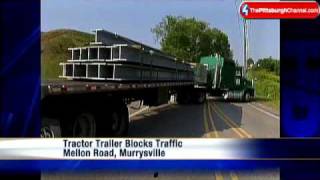 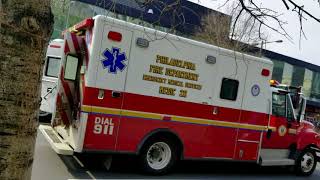 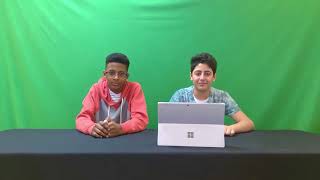 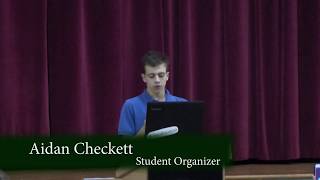 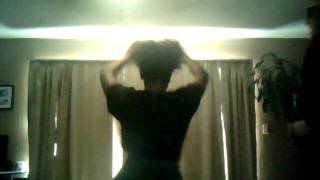