Learn
Broadband
Get Broadband essential facts below, , or join the Broadband discussion. Add Broadband to your PopFlock.com topic list for future reference or share this resource on social media.
Broadband
Wide bandwidth data transmission with an ability to simultaneously transport multiple signals and traffic types

In telecommunications, broadband is wide bandwidth data transmission which transports multiple signals at a wide range of frequencies and Internet traffic types, that enables messages to be sent simultaneously, used in fast internet connections. The medium can be coaxial cable, optical fiber, wireless Internet (radio), twisted pair or satellite.

In the context of Internet access, broadband is used to mean any high-speed Internet access that is always on and faster than dial-up access over traditional analog or ISDN PSTN services.

Different criteria for "broad" have been applied in different contexts and at different times. Its origin is in physics, acoustics, and radio systems engineering, where it had been used with a meaning similar to "wideband",[1][2] or in the context of audio noise reduction systems, where it indicated a single-band rather than a multiple-audio-band system design of the compander. Later, with the advent of digital telecommunications, the term was mainly used for transmission over multiple channels. Whereas a passband signal is also modulated so that it occupies higher frequencies (compared to a baseband signal which is bound to the lowest end of the spectrum, see line coding), it is still occupying a single channel. The key difference is that what is typically considered a broadband signal in this sense is a signal that occupies multiple (non-masking, orthogonal) passbands, thus allowing for much higher throughput over a single medium but with additional complexity in the transmitter/receiver circuitry.

The term became popularized through the 1990s as a marketing term for Internet access that was faster than dial-up access (dial-up being typically limited to a maximum of 56 kbit/s). This meaning is only distantly related to its original technical meaning.

Since 1999, broadband has been a factor in public policy. In that year, at the World Trade Organization Biannual Conference called "Financial Solutions to Digital Divide" in Seattle, the term "Meaningful Broadband" was introduced to the world leaders leading to the activation of a movement to close digital divide. Fundamental aspects of this movement is to suggest that the equitable distribution of broadband is a fundamental human right.[3]

In telecommunications, a broadband signalling method is one that handles a wide band of frequencies. "Broadband" is a relative term, understood according to its context. The wider (or broader) the bandwidth of a channel, the greater the data-carrying capacity, given the same channel quality.

In data communications, a 56k modem will transmit a data rate of 56 kilobits per second (kbit/s) over a 4-kilohertz-wide telephone line (narrowband or voiceband). In the late 1980s, the Broadband Integrated Services Digital Network (B-ISDN) used the term to refer to a broad range of bit rates, independent of physical modulation details.[4] The various forms of digital subscriber line (DSL) services are broadband in the sense that digital information is sent over multiple channels. Each channel is at higher frequency than the baseband voice channel, so it can support plain old telephone service on a single pair of wires at the same time.[5] However, when that same line is converted to a non-loaded twisted-pair wire (no telephone filters), it becomes hundreds of kilohertz wide (broadband) and can carry up to 100 megabits per second using very-high-bit-rate digital subscriber line (VDSL or VHDSL) techniques.[6]

Many computer networks use a simple line code to transmit one type of signal using a medium's full bandwidth using its baseband (from zero through the highest frequency needed). Most versions of the popular Ethernet family are given names such as the original 1980s 10BASE5 to indicate this. Networks that use cable modems on standard cable television infrastructure are called broadband to indicate the wide range of frequencies that can include multiple data users as well as traditional television channels on the same cable. Broadband systems usually use a different radio frequency modulated by the data signal for each band.[7]

The 10BROAD36 broadband variant of Ethernet was standardized by 1985, but was not commercially successful.[9][10]

The DOCSIS standard became available to consumers in the late 1990s, to provide Internet access to cable television residential customers. Matters were further confused by the fact that the 10PASS-TS standard for Ethernet ratified in 2008 used DSL technology, and both cable and DSL modems often have Ethernet connectors on them.

A television antenna may be described as "broadband" because it is capable of receiving a wide range of channels, while e.g. a low-VHF antenna is "narrowband" since it receives only 1 to 5 channels. The U.S. federal standard FS-1037C defines "broadband" as a synonym for wideband.[11] "Broadband" in analog video distribution is traditionally used to refer to systems such as cable television, where the individual channels are modulated on carriers at fixed frequencies.[12] In this context, baseband is the term's antonym, referring to a single channel of analog video, typically in composite form with separate baseband audio.[13] The act of demodulating converts broadband video to baseband video. Fiber optic allows the signal to be transmitted farther without being repeated. Cable companies use a hybrid system using fiber to transmit the signal to neighborhoods and then changes the signal from light to radio frequency to be transmitted over coaxial cable to homes. Doing so reduces the use of having multiple head ends. A head end gathers all the information from the local cable networks and movie channels and then feeds the information into the system.

However, "broadband video" in the context of streaming Internet video has come to mean video files that have bit-rates high enough to require broadband Internet access for viewing. "Broadband video" is also sometimes used to describe IPTV Video on demand.[14]

Power lines have also been used for various types of data communication. Although some systems for remote control are based on narrowband signaling, modern high-speed systems use broadband signaling to achieve very high data rates. One example is the ITU-T G.hn standard, which provides a way to create a local area network up to 1 Gigabit/s (which is considered high-speed as of 2014) using existing home business and home wiring (including power lines, but also phone lines and coaxial cables).

In 2014, researchers at Korea Advanced Institute of Science and Technology made developments on the creation of ultra-shallow broadband optical instruments.[15]

In the context of Internet access, the term "broadband" is used loosely to mean "access that is always on and faster than the traditional dial-up access".[16][17]

A range of more precise definitions of speed have been prescribed at times, including:

Broadband Internet service in the United States was effectively treated or managed as a public utility by net neutrality rules[22][23][24][25][26] until being overturned by the FCC in December, 2017.[27]

A number of national and international regulators categorize broadband connections according to upload and download speeds, stated in Mbps (megabits per second).

Global bandwidth concentration: 3 countries have almost 50% between them; 10 countries almost 75%.[36]

Bandwidth has historically been very unequally distributed worldwide, with increasing concentration in the digital age. Historically only 10 countries have hosted 70-75 % of the global telecommunication capacity (see pie-chart Figure on the right).[36] In 2014, only three countries (China, US, Japan) host 50% of the globally installed telecommunication bandwidth potential. The U.S. lost its global leadership in terms of installed bandwidth in 2011, being replaced by China, which hosts more than twice as much national bandwidth potential in 2014 (29% versus 13% of the global total).[36] 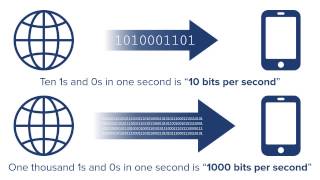 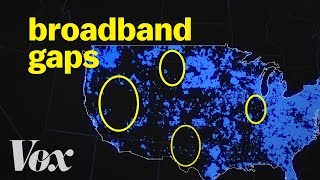 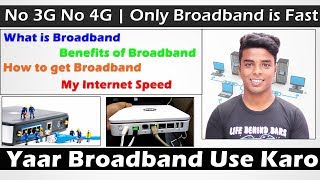 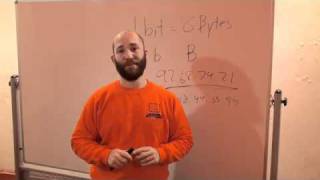 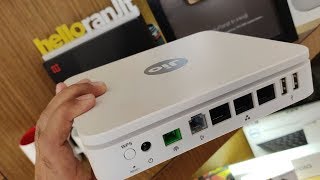 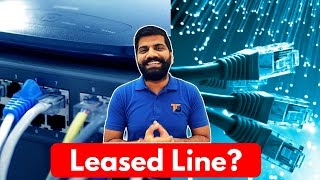 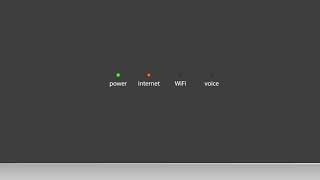 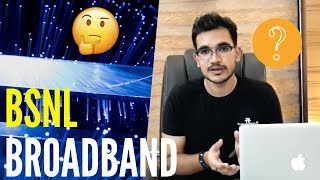 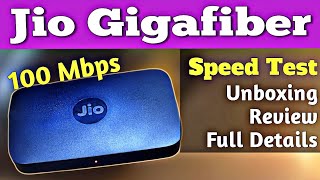 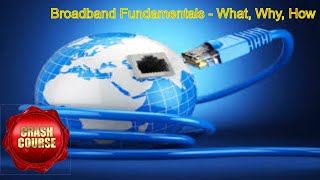 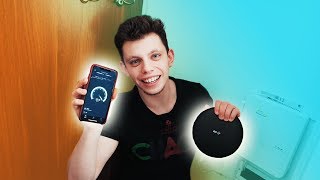 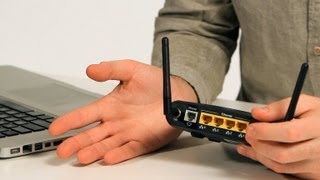 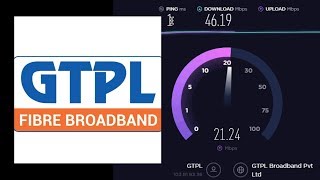 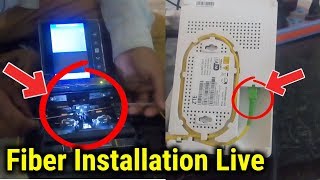 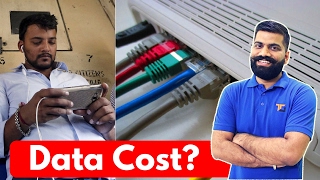 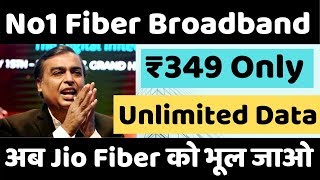 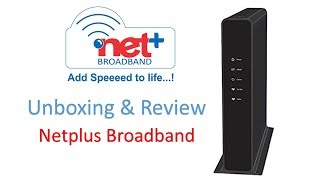 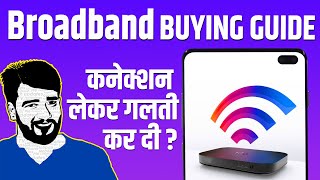 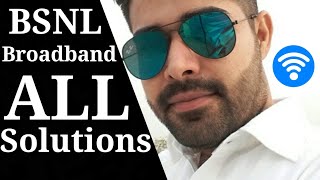