The song speaks from the point of view of American Idiots main character, "Jesus of Suburbia", and is a moderate midtempo song characterized by somber and bleak lyrics. This is in contrast to the previous track on the album, "Holiday", which illustrates Jesus of Suburbia's high of being in The City. MTV's Green Day Makes a Video described "Holiday" as a party, and "Boulevard of Broken Dreams" as the subsequent hangover.

The song was ranked the number one on Rolling Stones Reader's Choice: Singles of the Decade list in 2009 and number 65 on the 100 Best Songs of the Decade list in the same year. It has sold over 2 million copies in the United States as of 2010.[2] The single peaked at number two on the Billboard Hot 100, behind "Candy Shop" by 50 Cent and Olivia, making it Green Day's most successful song in the United States. The song was the ninth-highest-selling single of the 2000-2009 decade with worldwide sales exceeding 5 million copies.[3]

As of 2019, "Boulevard of Broken Dreams" is the only song to win both the Grammy Award for Record of the Year and MTV Video Music Award for Video of the Year.

"Boulevard of Broken Dreams" was written during a respite from pre-production on what would eventually become the band's seventh album, American Idiot. Hoping to clear his head and develop new ideas for songs, Green Day frontman Billie Joe Armstrong traveled to New York City alone for a few weeks, renting a small loft in the East Village of Manhattan.[4] He spent much of this time taking long walks and participating in jam sessions in the basement of Hi-Fi, a bar in Manhattan.[5] He began socializing with songwriters Ryan Adams and Jesse Malin.[6]

Armstrong wrote the song about his time in New York City, about "feeling alone" and trying to take power from that fact.[7] Armstrong felt the song fit nicely with the album's storyline, which is about "going away and getting the hell out, while at the same time fighting their own inner demons."[6] The song's concept is from a Gottfried Helnwein painting of James Dean, Humphrey Bogart, Marilyn Monroe and Elvis Presley sitting in an all-night diner.[7] In the 2005 VH1 Storytellers program featuring Green Day, Billie Joe Armstrong stated that the title of the song was "nicked" from the painting of James Dean walking alone.[8][9]

"Boulevard of Broken Dreams" is set in common time and composed in the key of F minor, like "Holiday", its prelude. The opening features an electric guitar with tremolo playing the verse progression, which is a i-?III-?VII-IV progression (Fm-A?-E?-B?). The song's distinct tremolo effect on the opening guitar was achieved by digitally manipulating the recording in ProTools. It was difficult to produce, as it needed to remain in sync with the song's tempo.[10] Armstrong added tracks of acoustic guitar-playing to augment his electric guitar rhythms and Cool's drumming.[11] Billie Joe's vocals begin, accompanied by acoustic guitar. The bass and drums enter after the first two lines. The pre chorus features a memorable lead guitar melody before seguing into the distorted chorus. The chorus contains a ?VI-?III-?VII-i progression (D?-A?-E?-Fm), ending on a C major vamp. The solo following the second chorus follows the verse progression while the outro follows a heavily distorted i-?VI-?VII-?vi-?III-?VII power chord progression (F5-D?5-E?5-D5-A?5-E5).

Noel Gallagher of Oasis criticized Green Day in late 2006, saying, "They should have the decency to wait until I am dead [before stealing my songs]. I, at least, pay the people I steal from that courtesy,"[12] referencing the fact that "Boulevard of Broken Dreams" uses the same chord progression as Oasis's hit single "Wonderwall". Gallagher's reaction may have partly been due to the emergence of "Boulevard of Broken Songs", a popular mash-up mixed by San Francisco DJ and producer Party Ben in late 2004. The mix consisted of elements from "Boulevard of Broken Dreams", "Wonderwall", Travis' "Writing to Reach You" and Eminem's "Sing for the Moment", which itself has samples from Aerosmith's "Dream On".

In response to Hurricane Katrina and the popularity of "Boulevard of Broken Dreams", Green Day donated all of the iTunes proceeds from this song for the year to the American Red Cross for Katrina aid efforts.

Outside the United States, "Boulevard of Broken Dreams" charted strongly on many international charts. The song debuted and peaked at number five on the UK Singles Chart on the chart dated December 5, 2004, giving the band their third top 10 single in that country. It stayed in the UK top 100 for 29 weeks, becoming their longest-charting single at the time, but "Wake Me Up When September Ends" would log 32 weeks in the UK top 100 nearly a year later; it still remains their second-longest stay on the UK chart.[13] In 2013, the British Phonographic Industry awarded the song a Silver certification for exceeding sales of 200,000 copies. The single was very successful in Ireland, reaching number two in January 2005 on two separate occasions and totaling 23 weeks in the top 50.[14] It was their highest-peaking single there until "The Saints Are Coming" topped the Irish Singles Chart in 2006. Elsewhere in Europe, the song reached number one in the Czech Republic and Poland, number two in Sweden, and the top 10 in Austria, Denmark, and Norway. In Australasia, the song reached number five in both Australia and New Zealand. It stayed on the latter country's chart longer, remaining on the RIANZ chart for 25 weeks compared to 17 weeks on the ARIA Singles Chart. Despite this, the song was overall more popular in Australia, finishing 2005 as the 31st best-selling single and earning a Platinum certification from the ARIA for sales exceeding 70,000 copies.

The video features a 1968 green Mercury Monterey convertible that was modified for filming in the "Holiday" and "Boulevard of Broken Dreams" videos. The car features a hood ornament in the shape of the hand and heart grenade image from the American Idiot album cover, which was also used in the video for "Holiday". But the "iron fist" was actually used in the video for "Walking Contradiction", when the band members meet at a car towards the end of the video. The band's name is also on the front of the hood in silver letters. The band rode this car to the 2005 MTV Video Music Awards ceremony. As shown in an MTV Making the Video special, Bayer used unorthodox techniques to achieve the aged film look of the "Boulevard of Broken Dreams" video, including using rear projection (as opposed to green screen) and physically damaging the negative: scratching the film with razor blades, pouring coffee on it, and smudging cigarettes on it.

This song was covered by Japanese-American singer Hikaru Utada acoustically with a guitar during an internet broadcast in December 2005; a video of it can be found. "Boulevard of Broken Dreams" is sung first and then fades into "Passion" (After the Battle version) from the Kingdom Hearts II original soundtrack.

A live version of the song can be found on Bullet in a Bible, the 2005 live album of Green Day performing on June 19 that year at the Milton Keynes National Bowl.

Bluegrass band Cornbread Red did a cover of the song on a tribute album to Green Day Pickin' on Green Day, while the German choir Gregorian did a cover, on their Masters of Chant Chapter V album, in the style of a Gregorian Chant.

The song is also featured in Green Day's musical American Idiot, sung on the cast recording by John Gallagher Jr., Rebecca Naomi Jones, and the rest of the company.

"Boulevard of Broken Dreams" is also featured in the movie trailer of Lords of Dogtown (2005), starring Heath Ledger, Emile Hirsch and John Robinson. In an episode of the MTV series When I Was 17, Ashley Fink reveals that "Boulevard of Broken Dreams" was a favorite song of hers. The song was sung by Dwight Schrute and Andy Bernard in the episode "Secret Santa" of the sixth season of The Office. 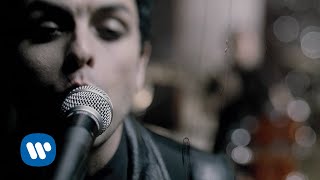 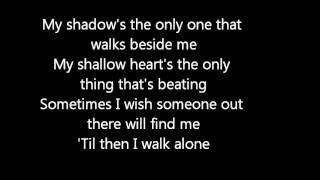 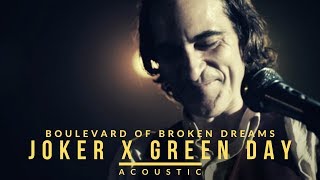 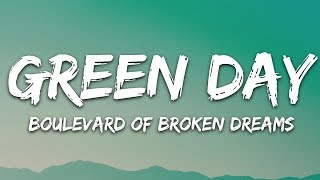 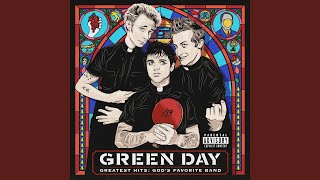 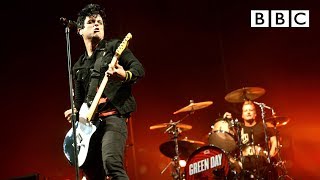 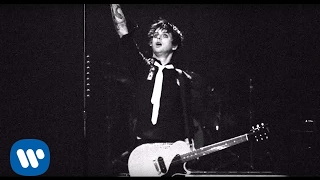 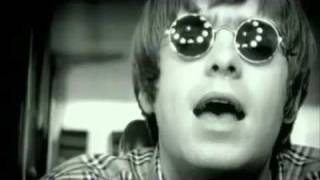 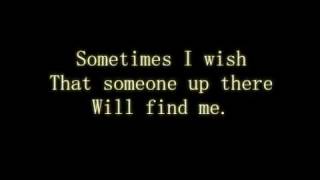 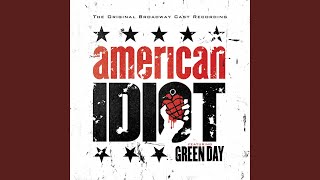 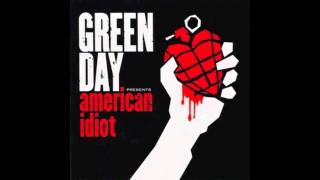 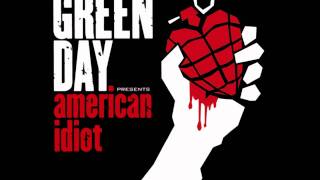 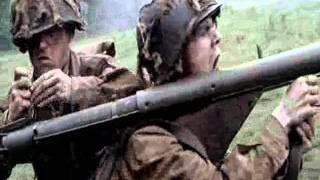 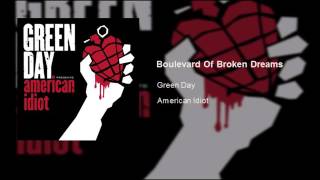 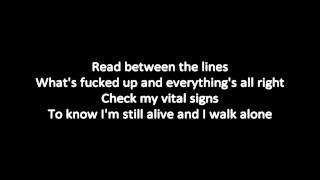 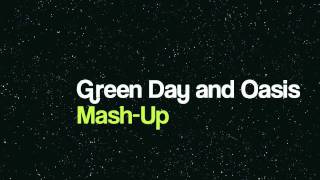