Learn
Blues
Get Blues essential facts below. View Videos, Events or join the Blues discussion. Add Blues to your PopFlock.com topic list for future reference or share this resource on social media.
Blues

Blues is a music genre[2] and musical form originated by African Americans in the Deep South of the United States around the end of the 19th century. The genre developed from roots in African musical traditions, African-American work songs, spirituals, and the folk music of white Americans of European heritage.[1] Blues incorporated spirituals, work songs, field hollers, shouts, chants, and rhymed simple narrative ballads.[3] The blues form, ubiquitous in jazz, rhythm and blues and rock and roll, is characterized by the call-and-response pattern, the blues scale and specific chord progressions, of which the twelve-bar blues is the most common. Blue notes (or "worried notes"), usually thirds or fifths flattened in pitch, are also an essential part of the sound. Blues shuffles or walking bass reinforce the trance-like rhythm and form a repetitive effect known as the groove.

Blues as a genre is also characterized by its lyrics, bass lines, and instrumentation. Early traditional blues verses consisted of a single line repeated four times. It was only in the first decades of the 20th century that the most common current structure became standard: the AAB pattern, consisting of a line sung over the four first bars, its repetition over the next four, and then a longer concluding line over the last bars. Early blues frequently took the form of a loose narrative, often relating the racial discrimination and other challenges experienced by African-Americans.

Many elements, such as the call-and-response format and the use of blue notes, can be traced back to the music of Africa. The origins of the blues are also closely related to the religious music of the Afro-American community, the spirituals. The first appearance of the blues is often dated to after the ending of slavery and, later, the development of juke joints. It is associated with the newly acquired freedom of the former slaves. Chroniclers began to report about blues music at the dawn of the 20th century. The first publication of blues sheet music was in 1908. Blues has since evolved from unaccompanied vocal music and oral traditions of slaves into a wide variety of styles and subgenres. Blues subgenres include country blues, such as Delta blues and Piedmont blues, as well as urban blues styles such as Chicago blues and West Coast blues. World War II marked the transition from acoustic to electric blues and the progressive opening of blues music to a wider audience, especially white listeners. In the 1960s and 1970s, a hybrid form called blues rock developed, which blended blues styles with rock music.

The term blues may have come from "blue devils", meaning melancholy and sadness; an early use of the term in this sense is in George Colman's one-act farce Blue Devils (1798).[4] The phrase blue devils may also have been derived from Britain in the 1600s, when the term referred to the "intense visual hallucinations that can accompany severe alcohol withdrawal".[5] As time went on, the phrase lost the reference to devils, and "it came to mean a state of agitation or depression." By the 1800s in the United States, the term blues was associated with drinking alcohol, a meaning which survives in the phrase blue law, which prohibits the sale of alcohol on Sunday.[5] Though the use of the phrase in African-American music may be older, it has been attested to in print since 1912, when Hart Wand's "Dallas Blues" became the first copyrighted blues composition.[6][7] In lyrics the phrase is often used to describe a depressed mood.[8] Some sources state that the term blues is related to "blue notes", the flatted, often microtonal notes used in blues, but the Oxford English Dictionary claims that the term blues came first and led to the naming of "blue notes".

American blues singer Robert Johnson (1911 - 1938), His landmark recordings in 1936 and 1937 display a combination of singing, guitar skills, and songwriting talent that has influenced later generations of musicians. The lyrics of early traditional blues verses probably often consisted of a single line repeated four times. It was only in the first decades of the 20th century that the most common current structure became standard: the so-called AAB pattern, consisting of a line sung over the four first bars, its repetition over the next four, and then a longer concluding line over the last bars.[9] Two of the first published blues songs, "Dallas Blues" (1912) and "Saint Louis Blues" (1914), were 12-bar blues with the AAB lyric structure. W. C. Handy wrote that he adopted this convention to avoid the monotony of lines repeated three times.[10] The lines are often sung following a pattern closer to rhythmic talk than to a melody.

Early blues frequently took the form of a loose narrative. African-American singers voiced his or her "personal woes in a world of harsh reality: a lost love, the cruelty of police officers, oppression at the hands of white folk, [and] hard times".[11] This melancholy has led to the suggestion of an Igbo origin for blues because of the reputation the Igbo had throughout plantations in the Americas for their melancholic music and outlook on life when they were enslaved.[12][13]

Although the blues gained an association with misery and oppression, the lyrics could also be humorous and raunchy:[14]

Hokum blues celebrated both comedic lyrical content and a boisterous, farcical performance style.[15]Tampa Red's classic "Tight Like That" (1928) is a sly wordplay with the double meaning of being "tight" with someone coupled with a more salacious physical familiarity. Blues songs with sexually explicit lyrics were known as dirty blues. The lyrical content became slightly simpler in postwar blues, which tended to focus on relationship woes or sexual worries. Lyrical themes that frequently appeared in prewar blues, such as economic depression, farming, devils, gambling, magic, floods and drought, were less common in postwar blues.[16]

The writer Ed Morales claimed that Yoruba mythology played a part in early blues, citing Robert Johnson's "Cross Road Blues" as a "thinly veiled reference to Eleggua, the orisha in charge of the crossroads".[17] However, the Christian influence was far more obvious.[18] The repertoires of many seminal blues artists, such as Charley Patton and Skip James, included religious songs or spirituals.[19]Reverend Gary Davis[20] and Blind Willie Johnson[21] are examples of artists often categorized as blues musicians for their music, although their lyrics clearly belong to spirituals.

The blues form is a cyclic musical form in which a repeating progression of chords mirrors the call and response scheme commonly found in African and African-American music. During the first decades of the 20th century blues music was not clearly defined in terms of a particular chord progression.[22] With the popularity of early performers, such as Bessie Smith, use of the twelve-bar blues spread across the music industry during the 1920s and 30s.[23] Other chord progressions, such as 8-bar forms, are still considered blues; examples include "How Long Blues", "Trouble in Mind", and Big Bill Broonzy's "Key to the Highway". There are also 16-bar blues, such as Ray Charles's instrumental "Sweet 16 Bars" and Herbie Hancock's "Watermelon Man". Idiosyncratic numbers of bars are occasionally used, such as the 9-bar progression in "Sitting on Top of the World", by Walter Vinson.

The basic 12-bar lyric framework of a blues composition is reflected by a standard harmonic progression of 12 bars in a 4/4 time signature. The blues chords associated to a twelve-bar blues are typically a set of three different chords played over a 12-bar scheme. They are labeled by Roman numbers referring to the degrees of the progression. For instance, for a blues in the key of C, C is the tonic chord (I) and F is the subdominant (IV).

The last chord is the dominant (V) turnaround, marking the transition to the beginning of the next progression. The lyrics generally end on the last beat of the tenth bar or the first beat of the 11th bar, and the final two bars are given to the instrumentalist as a break; the harmony of this two-bar break, the turnaround, can be extremely complex, sometimes consisting of single notes that defy analysis in terms of chords.

Much of the time, some or all of these chords are played in the harmonic seventh (7th) form. The use of the harmonic seventh interval is characteristic of blues and is popularly called the "blues seven".[24] Blues seven chords add to the harmonic chord a note with a frequency in a 7:4 ratio to the fundamental note. At a 7:4 ratio, it is not close to any interval on the conventional Western diatonic scale.[25] For convenience or by necessity it is often approximated by a minor seventh interval or a dominant seventh chord. 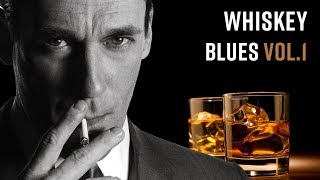 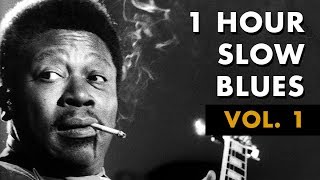 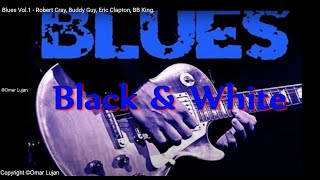 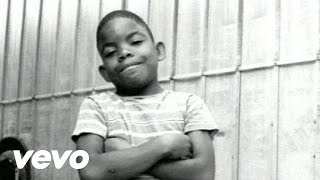 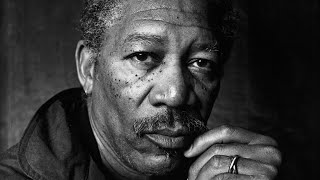 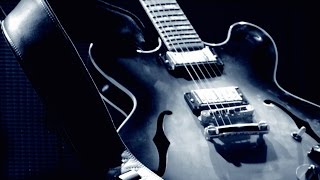 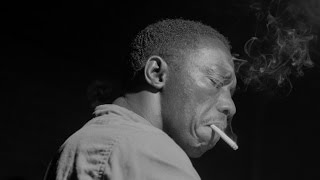 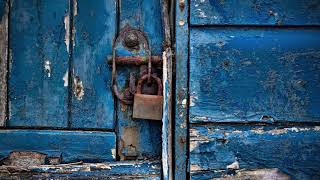 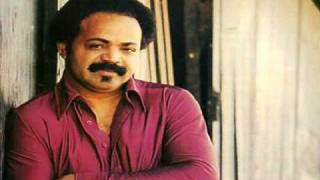 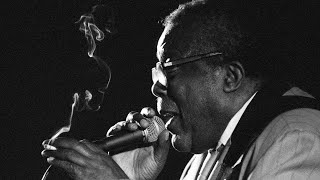 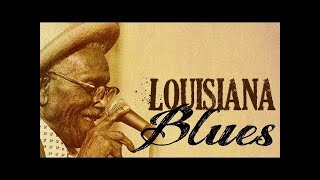 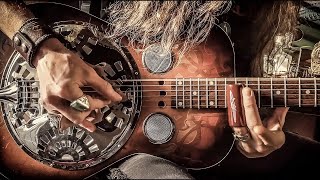 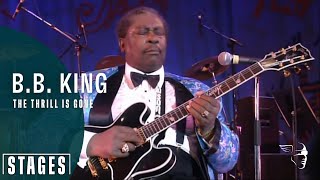