In July 2005, CNN/Money and Money magazine named Bainbridge Island the second-best place to live in the United States.[7]

In August 2013, Bainbridge Island was recognized by Google with an eCity Award.[8] This award recognizes the strongest online business community in each state.[9]

For thousands of years,[10] members of the Suquamish people and their ancestors lived on the land now called Bainbridge Island.[11] There were nine villages on the island; this included winter villages at Port Madison, Battle Point, Point White, Lynwood Center, Port Blakely, and Eagle Harbor, as well as summer villages at Manzanita, Fletcher Bay, and Rolling Bay.[10]

In 1792, English explorer Captain George Vancouver spent several days with his ship HMS Discovery anchored off Restoration Point at the southern end of Bainbridge Island while boat parties surveyed other parts of Puget Sound. Vancouver spent a day exploring Rich Passage, Port Orchard, and Sinclair Inlet. He failed to find Agate Passage, and so his maps show Bainbridge Island as a peninsula. Vancouver named Restoration Point on May 29, the anniversary of the English Restoration, in honor of King Charles II.[12]

In 1841, US Navy Lieutenant Charles Wilkes visited the island while surveying the Pacific Northwest. Lt. Wilkes named the island after Commodore William Bainbridge, commander of the frigate USS Constitution in the War of 1812. Settlers originally used Bainbridge Island as a center for the logging and shipbuilding industries. The island was known for huge and accessible cedars, which were especially in demand for ships' masts. The original county seat of Kitsap County was at Port Madison on the island's north end.

In 1855, the Suquamish tribe relinquished their claim to Bainbridge Island by signing the Point Elliott Treaty.[13] The Suquamish agreed to cede all of their territory (which included Bainbridge Island) to the United States in exchange for a reservation at Port Madison and fishing rights to Puget Sound.[13]

A group of Japanese-American residents of Bainbridge Island wave the American flag and give the victory sign as they are forcibly sent to an internment camp, March 30, 1942.

The first generation of Japanese immigrants, the Issei, came in 1883. During World War II, Japanese-American residents of Bainbridge Island were the first to be sent to internment camps, an event commemorated by the Bainbridge Island Japanese American Exclusion Memorial, which opened in 2011.[14][15] They were held by the US government through the duration of the war for fear of espionage. Many Filipinos who assisted the Japanese farmers were left to operate the strawberry fields, which they did successfully. Filipino farmers went north to locate First Nations families to work in the fields. Many romances arose from the berry fields, and the birth of the Indo-Pinos emerged.[]

The city of Bainbridge Island has occupied the entire island since February 28, 1991, when the former city of Winslow (around 1.5 square miles (3.9 km2) of land on Eagle Harbor, incorporated August 9, 1947) annexed the rest of the island.[16][17] Since the 1960s, Bainbridge Island has become an increasingly affluent bedroom community of Seattle, a 35-minute ride away on the Washington State Ferries.[18] The ferry Wenatchee en route from Seattle to Bainbridge Island Aerial view of the northern part of Bainbridge Island adjoining Puget Sound, with Agate Passage in center, Liberty Bay on the Kitsap Peninsula in the background, and the Hood Canal beyond

Bainbridge Island is located within the Puget Sound Basin, east of the Kitsap Peninsula, directly east of the Manette Peninsula and west of the city of Seattle. The island is approximately 5 miles (8 km) wide and 10 miles (16 km) long, encompassing nearly 17,778 acres (71.95 km2), and is one of the larger islands in Puget Sound.[19]

On the Kitsap Peninsula, Bremerton and Poulsbo lie across the Port Orchard channel to the west, and the city of Port Orchard lies across Rich Passage to the south.

The island is quite hilly and is known for its popular Chilly Hilly bicycle ride every February. This ride has been the unofficial start to the bicycling season in the Pacific Northwest since 1975.

Bainbridge Island is connected to the Kitsap Peninsula by the Agate Pass Bridge, carrying SR 305 over Agate Passage. The only other public way off the island is by the Seattle-Bainbridge ferry, the Washington State Ferries service from the dock at Winslow in Eagle Harbor to Colman Dock (Pier 52) in Seattle.

The socioeconomic profile varies significantly between the rural parts of the island and Winslow, its urban center. In contrast to Bainbridge Island as a whole, Winslow is home to households with a wide range of incomes. In 2010, the census block group in which Winslow is located had a median household income of $42,000, less than half of the island's median household income and one-third of several of the island's wealthiest block groups, and also $10,000 less than national and statewide averages. More than half of Winslow households live in rental units, compared to 20% of households across the island.

There were 9,470 households of which 31.9% had children under the age of 18 living with them, 60.2% were married couples living together, 7.1% had a female householder with no husband present, 2.6% had a male householder with no wife present, and 30.2% were non-families. 25.1% of all households were made up of individuals and 10.6% had someone living alone who was 65 years of age or older. The average household size was 2.41 and the average family size was 2.88.

Panoramic view of Eagle Harbor from the Harbour Public House. The bridge in the foreground is part of the Harbour Marina, while the boats are in the Winslow Wharf Marina.

There were 7,979 households out of which 36.8% had children under the age of 18 living with them, 63.1% were married couples living together, 7.1% had a female householder with no husband present, and 27.5% were non-families. 22.6% of all households were made up of individuals and 9.1% had someone living alone who was 65 years of age or older. The average household size was 2.52 and the average family size was 2.98.

Bainbridge Island has four centers of commerce. Winslow is the downtown core and has most of the shopping and dining. Lynwood Center on the south end of the island has several restaurants and a small hotel. Fletcher Bay, which is centrally located, has a small grocery store and one restaurant. Rolling Bay, on the east side of the island, is a small commercial center with Bay Hay and Feed, the Bud Hawk Post Office and several commercial shops.

BISD also offers home-based and student-directed educational programming under the umbrella of the Commodore Options School:

The community has been especially concerned with preserving green space and keeping a tight control over development, both residential and commercial. The Bainbridge Island Land Trust, city and park district are instrumental in maintaining island open space.

Sports programs are successful. In 2001, Bainbridge Island Little League were represented in South Williamsport, Pennsylvania at the Little League World Series. The island's high school lacrosse team is known for numerous state titles, the most recent coming on May 19, 2007 over rival Mercer Island.[23] The island's high school sailing team has been the reigning Northwest Interscholastic Sailing Association[24] district double handed team racing champions for the past five seasons and is ranked 12th in the nation.[25] In 2009 the Bainbridge High School Fastpitch team won the Washington 3A State Title. The team also played in the championship game in 2010. In 2018 the Bainbridge High School Girls Lacrosse team won the state championship.

The sport of pickleball was invented by the family of congressman Joel Pritchard at their summer home on Bainbridge Island in 1965. It is similar to badminton and tennis, but played with paddles and a lightweight plastic ball.[26] Aerial view of Restoration Point, with the Country Club of Seattle, and Blakely Harbor

Bainbridge Island has a seven-member city council. The members are elected to staggered four-year terms and appoint a city manager.[28]

Bainbridge Island is a stronghold of the Democratic Party. Jay Inslee, the 23rd governor of Washington, is a local resident, and represented it in Congress from 1999 to 2012.

In the 2009 election, Bainbridge Island passed Referendum 71, the "Everything but Marriage" gay rights bill, with 79.40% of the vote.[31][failed verification] It received 53.15% statewide.[] Bainbridge Island was one of the few municipalities in the state where the measure outperformed Obama.

In the 2008 Democratic primary (which in Washington state was not used for delegate appointment), Barack Obama defeated Hillary Clinton by a margin of 67.8% to 29.7%.[32] This was Obama's second-best performance in an incorporated municipality in the state, behind Yarrow Point. In the earlier caucus, Obama received 79.3% of delegates, Clinton received 19.8%, and 0.1% were uncommitted.[33]

The fictional San Piedro Island in the 1994 novel Snow Falling on Cedars is based on Bainbridge Island. The novel's author, David Guterson, lives on the island and worked for ten years as a teacher at Bainbridge High School.

In Michael Crichton's 1994 novel Disclosure, protagonist Tom Sanders lives with his wife and two children on Bainbridge Island. Some scenes from the film adaptation later that year were filmed on the island, including at Bainbridge Ferry Terminal and Capt. Johnston Blakely Elementary School.

The epilogue of the 1996 film That Thing You Do! reveals that main characters Guy Patterson and Faye Dolan moved with their four children to Bainbridge Island, where they founded the fictional Puget Sound Conservatory of Music.

Bainbridge Island is featured in the first episode of the fifteenth season of the HGTV reality television series Island Life.[34]

Bainbridge has the following sister cities: 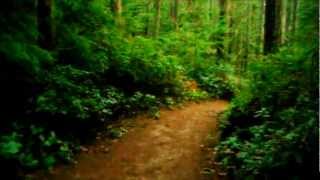 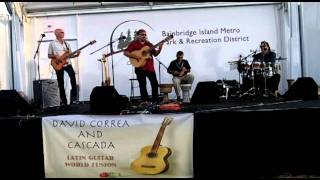 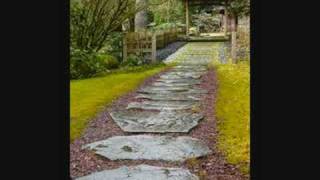 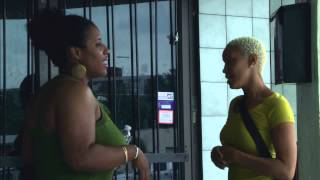 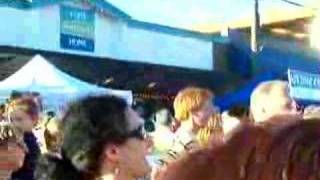 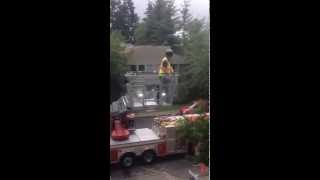 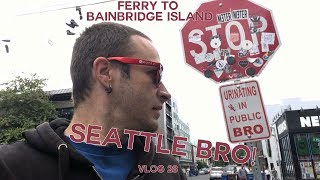 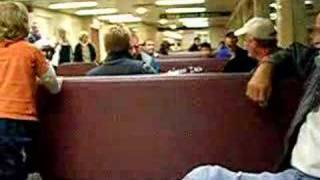 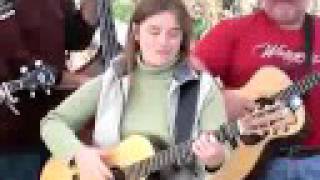 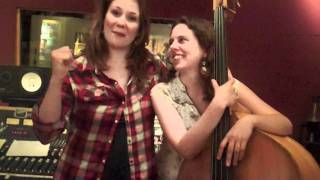 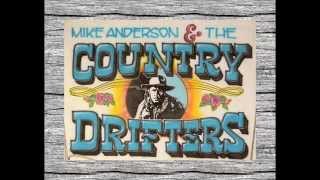 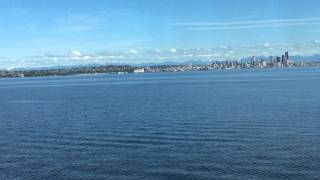 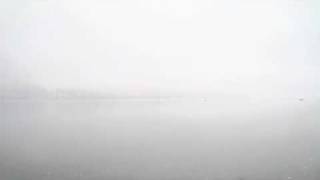 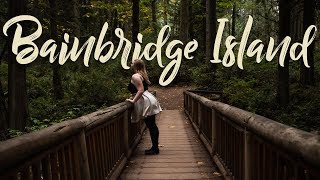 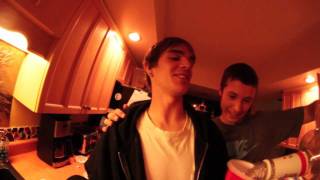 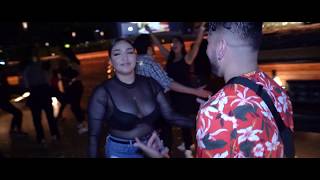 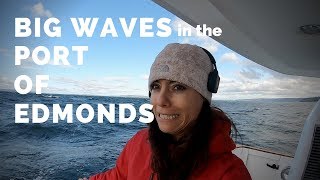 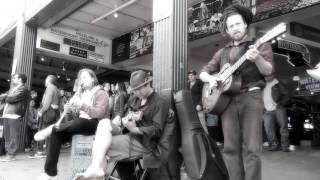 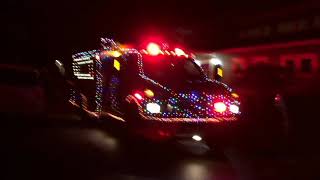 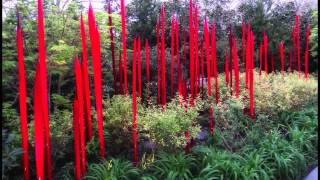