Arthur Meier Schlesinger Jr. (; born Arthur Bancroft Schlesinger; October 15, 1917 - February 28, 2007) was an American historian, social critic, and public intellectual. The son of the influential historian Arthur M. Schlesinger Sr. and a specialist in American history, much of Schlesinger's work explored the history of 20th-century American liberalism. In particular, his work focused on leaders such as Harry S. Truman, Franklin D. Roosevelt, John F. Kennedy, and Robert F. Kennedy. In the 1952 and 1956 presidential campaigns, he was a primary speechwriter and adviser to the Democratic presidential nominee, Adlai Stevenson II.[2] Schlesinger served as special assistant and "court historian"[3] to President Kennedy from 1961 to 1963. He wrote a detailed account of the Kennedy administration, from the 1960 presidential campaign to the president's state funeral, titled A Thousand Days: John F. Kennedy in the White House, which won the 1966 Pulitzer Prize for Biography or Autobiography.

In 1968, Schlesinger actively supported the presidential campaign of Senator Robert F. Kennedy, which ended with Kennedy's assassination in Los Angeles. Schlesinger wrote a popular biography, Robert Kennedy and His Times, several years later. He later popularized the term "imperial presidency" during the Nixon administration in his book of the same name.

Schlesinger was born in Columbus, Ohio, the son of Elizabeth Harriet (née Bancroft) and Arthur M. Schlesinger (1888-1965), who was an influential social historian at Ohio State University and Harvard University, where he directed many PhD dissertations in American history.[4] His paternal grandfather was a Prussian Jew who converted to Protestantism and then married an Austrian Catholic.[5] His mother, a Mayflower descendant, was of German and New England ancestry, as well as a relative of historian George Bancroft, according to family tradition.[6] His family practiced Unitarianism.

Schlesinger attended the Phillips Exeter Academy, New Hampshire, and received his first degree at the age of 20 from Harvard College, where he graduated summa cum laude in 1938.[1] After spending the 1938-1939 academic year at Peterhouse, Cambridge as a Henry Fellow, he was appointed to a three-year Junior Fellowship in the Harvard Society of Fellows in the fall of 1939.[7] At the time, Fellows were not allowed to pursue advanced degrees, "a requirement intended to keep them off the standard academic treadmill"; as such, Schlesinger would never earn a doctorate.[1] His fellowship was interrupted by the United States entering World War II. After failing his military medical examination, Schlesinger joined the Office of War Information. From 1943 to 1945, he served as an intelligence analyst in the Office of Strategic Services, a precursor to the CIA.[8]

Schlesinger's service in the OSS allowed him time to complete his first Pulitzer Prize-winning book, The Age of Jackson, in 1945. From 1946 to 1954, he was an associate professor at Harvard, becoming a full professor in 1954.

After President Harry S. Truman announced he would not run for a second full term in the 1952 presidential election, Schlesinger became the primary speechwriter for and an ardent supporter of Governor Adlai E. Stevenson of Illinois. In the 1956 election, Schlesinger, along with 30-year-old Robert F. Kennedy, again worked on Stevenson's campaign staff. Schlesinger supported the nomination of Massachusetts Senator John F. Kennedy as Stevenson's vice-presidential running mate, but at the Democratic convention, Kennedy came second in the vice-presidential balloting, losing to Senator Estes Kefauver of Tennessee.

Schlesinger had known John F. Kennedy since attending Harvard and increasingly socialized with Kennedy and his wife Jacqueline in the 1950s. In 1954, Boston Post publisher John Fox Jr. planned a series of newspaper pieces labeling several Harvard figures, including Schlesinger, as "reds"; Kennedy intervened on Schlesinger's behalf, which Schlesinger recounted in A Thousand Days.

During the 1960 campaign, Schlesinger supported Kennedy, causing much consternation to Stevenson loyalists. At the time, however, Kennedy was an active candidate while Stevenson refused to run unless he was drafted at the convention. After Kennedy won the nomination, Schlesinger helped the campaign as a (sometime) speechwriter, speaker, and member of the ADA. He also wrote the book Kennedy or Nixon: Does It Make Any Difference? in which he lauded Kennedy's abilities and scorned Vice President Richard M. Nixon as having "no ideas, only methods.... He cares about winning."[10]

After the election, the president-elect offered Schlesinger an ambassadorship and Assistant Secretary of State for Cultural Relations before Robert Kennedy proposed that Schlesinger serve as a "sort of roving reporter and troubleshooter." Schlesinger quickly accepted, and on January 30, 1961, he resigned from Harvard and was appointed Special Assistant to the President. He worked primarily on Latin American affairs and as a speechwriter during his tenure in the White House. In February 1961, Schlesinger was first told of the "Cuba operation," which would eventually become the Bay of Pigs Invasion. He opposed the plan in a memorandum to the president: "at one stroke you would dissipate all the extraordinary good will which has been rising toward the new Administration through the world. It would fix a malevolent image of the new Administration in the minds of millions."[11] He, however, suggested,

Would it not be possible to induce Castro to take offensive action first? He has already launched expeditions against Panama and against the Dominican Republic. One can conceive a black operation in, say, Haiti which might in time lure Castro into sending a few boatloads of men on to a Haitian beach in what could be portrayed as an effort to overthrow the Haitian regime. If only Castro could be induced to commit an offensive act, then the moral issue would be butted, and the anti-US campaign would be hobbled from the start.[12]

During the Cabinet deliberations, he "shrank into a chair at the far end of the table and listened in silence" as the Joint Chiefs and CIA representatives lobbied the president for an invasion. Along with his friend, Senator William Fulbright, Schlesinger sent several memos to the president opposing the strike;[13] however, during the meetings, he held back his opinion, reluctant to undermine the President's desire for a unanimous decision. Following the overt failure of the invasion, Schlesinger later lamented, "In the months after the Bay of Pigs, I bitterly reproached myself for having kept so silent during those crucial discussions in the cabinet room. ... I can only explain my failure to do more than raise a few timid questions by reporting that one's impulse to blow the whistle on this nonsense was simply undone by the circumstances of the discussion."[14] After the furor died down, Kennedy joked that Schlesinger "wrote me a memorandum that will look pretty good when he gets around to writing his book on my administration. Only he better not publish that memorandum while I'm still alive!"[11] During the Cuban missile crisis, Schlesinger was not a member of the Executive Committee of the National Security Council (EXCOMM) but helped UN Ambassador Adlai Stevenson draft his presentation of the crisis to the UN Security Council.

After President Kennedy was assassinated on November 22, 1963, Schlesinger resigned his position in January 1964. He wrote a memoir/history of the Kennedy administration, A Thousand Days: John F. Kennedy in the White House, which won him his second Pulitzer Prize in 1965.

Schlesinger returned to teaching in 1966 as the Albert Schweitzer Professor of the Humanities at the CUNY Graduate Center. After his retirement from teaching in 1994, he remained an active member of the Graduate Center community as an emeritus professor until his death.

After his service for the Kennedy administration, he continued to be a Kennedy loyalist for the rest of his life, campaigning for Robert Kennedy's tragic presidential campaign in 1968 and for Senator Edward M. Kennedy in 1980. Upon the request of Robert Kennedy's widow, Ethel Kennedy, he wrote the biography Robert Kennedy and His Times, which was published in 1978.[15]

Throughout the 1960s and 1970s, he greatly criticized Richard Nixon as both a candidate and president. His prominent status as a liberal Democrat and outspoken disdain of Nixon led to his placement on the master list of Nixon's political opponents. Ironically, Nixon would become his next-door neighbor in the years following the Watergate scandal.

After he retired from teaching, he remained involved in politics for the rest of his life through his books and public speaking tours. Schlesinger was a critic of the Clinton Administration, resisting President Clinton's cooptation of his "Vital Center" concept in an article for Slate in 1997.[16] Schlesinger was also a critic of the 2003 Iraq War and called it a misadventure. He put much blame on the media for not covering a reasoned case against the war.[17]

Schlesinger's name at birth was Arthur Bancroft Schlesinger; since his mid-teens, he had instead used the signature Arthur M. Schlesinger Jr.[18] He had five children, four from his first marriage to author and artist Marian née Cannon and a son and stepson from his second marriage, to Alexandra Emmet, also an artist.[19]

Schlesinger died on February 28, 2007, at the age of 89 when he experienced cardiac arrest while he was dining out with family members in Manhattan. The newspapers dubbed him a "historian of power."[1] He is buried in Mount Auburn Cemetery in Cambridge, Massachusetts. [21]

He won a Pulitzer Prize for History in 1946 for his book The Age of Jackson, covering the intellectual environment of Jacksonian democracy.

His 1949 book The Vital Center made a case for the New Deal policies of Franklin D. Roosevelt and was harshly critical of both unregulated capitalism and of those liberals such as Henry A. Wallace who advocated coexistence with communism.

In his book The Politics of Hope (1962), Schlesinger terms conservatives the "party of the past" and liberals "the party of hope" and calls for overcoming the division between both parties.[22]

He won a second Pulitzer in the Biography category in 1966 for A Thousand Days.

His 1986 book The Cycles of American History was an early work on cycles in politics in the United States; it was influenced by his father's work on cycles.

He became a leading opponent of multiculturalism in the 1980s and articulated this stance in his book The Disuniting of America (1991).

Published posthumously in 2007, Journals 1952-2000 is the 894-page distillation of 6,000 pages of Schlesinger diaries on a wide variety of subjects, edited by Andrew and Stephen Schlesinger.[23]

Besides writing biographies he also wrote a foreword to a book on Vladimir Putin which came out in 2003 under the same name and was published by Chelsea House Publishers.[25]

Schlesinger's papers will be available at the New York Public Library.[26] 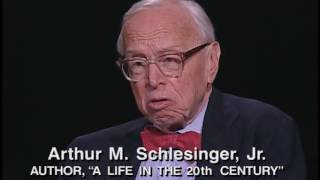 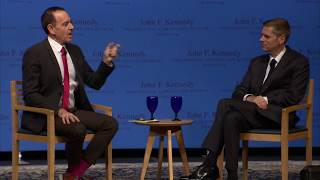 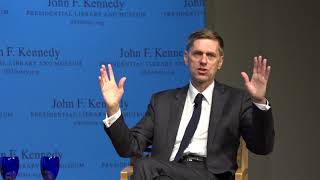 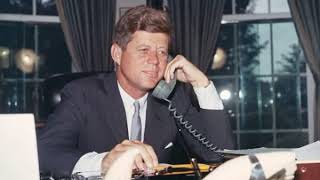 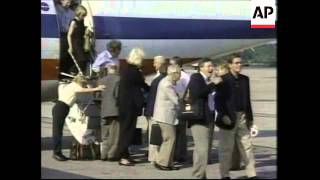 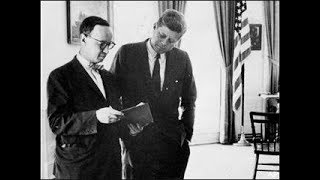 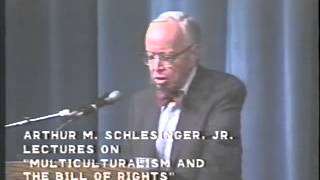 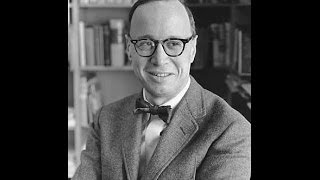 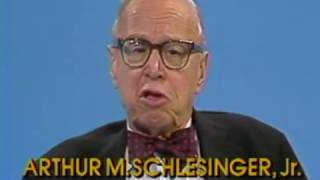 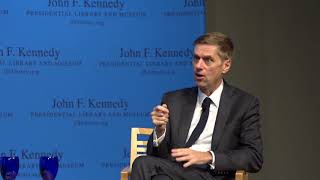 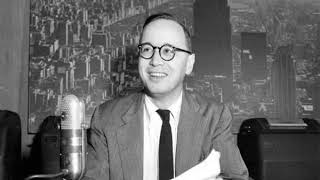 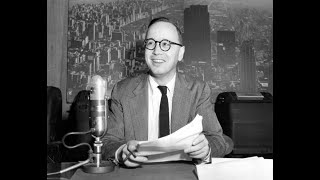 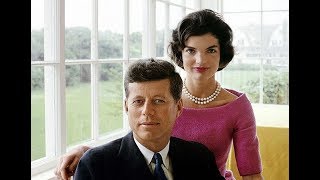 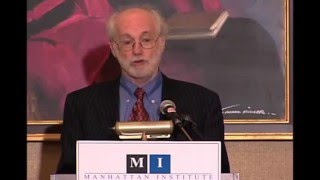