Album-oriented rock (AOR, originally called album-oriented radio), is an FM radio format created in the United States in the 1970s that focused on the full repertoire of rock albums and is currently associated with classic rock.[1][2]

Originally, album-oriented radio was established by US radio stations dedicated to playing album tracks by rock artists from the hard rock to progressive rock genres which in the mid-1970s were characterized by a layered, mellifluous sound and sophisticated production with considerable dependence on melodic hooks. Using research and formal programming to create an album rock format with greater commercial appeal, the AOR format achieved tremendous popularity in the late 1970s and early 1980s.

From the early 1980s onwards, the album-oriented radio term became normally used as the abbreviation of "Album-oriented rock", meaning radio stations specialized in classic rock recorded during the late 1960s and 1970s.[3]

The term is also commonly conflated with "adult-oriented rock", a radio format which also uses the acronym AOR and covers not only album-oriented rock, but also album tracks and "deep cuts" from a range of other rock genres, such as soft rock and pop rock.

The roots of the album-oriented rock radio format began with programming concepts rooted in 1960s idealism. The freeform and progressive formats developed the repertoire and set the tone that would dominate AOR playlists for much of its heyday.

In July 1964, the U.S. Federal Communications Commission (FCC) adopted a non-duplication rule prohibiting FM radio stations from merely running a simulcast of the programming from their AM counterparts. Owners of AM/FM affiliate stations fought these new regulations vigorously, delaying enactment of the new rules until January 1, 1967.[4] When finally enacted, station owners were pressed to come up with alternative programming options.

The freeform format in commercial radio was born out of the desire to program the FM airwaves inexpensively. Programmers like Tom Donahue at KMPX in San Francisco developed stations where DJs had freedom to play long sets of music, often covering a variety of genres. Songs were not limited to hits or singles; indeed the DJs often played obscure or longer tracks by newer or more adventurous artists than heard on Top 40 stations of the day. This reflected the growth of albums as opposed to singles as rock's main artistic vehicle for expression in the 1960s and 1970s.

With a few exceptions, commercial freeform had a relatively brief life. With more and more listeners acquiring FM radios, the stakes became higher for stations to attract market share so that they could sell more advertising at a higher rate.

By 1970 many of the stations were moving to institute programming rules with a "clock" and system of "rotation". With this shift, stations' formats in the early 1970s were now billed as progressive. DJs still had much input over the music they played, and the selection was deep and eclectic, ranging from folk to hard rock with other styles such as jazz fusion occasionally thrown in.

In October 1971, WPLJ in New York began to shift its free-form progressive rock format into a more tightly formatted hit-oriented rock format, similar to what would later become known as album-oriented rock.[5] WPLJ's parent company ABC installed similar formats on all of its FM stations including KLOS in Los Angeles and WRIF in Detroit. In 1973 Lee Abrams, formerly at WRIF, successfully installed a similar format, later known as SuperStars, at WQDR in Raleigh, North Carolina.

In the mid-1970s, as program directors began to put more controls over what songs were played on air, progressive stations evolved into the album-oriented rock format. Stations still played longer songs and deep album tracks (rather than just singles), but program directors and consultants took on a greater role in song selection, generally limiting airplay to just a few "focus tracks" from a particular album and concentrating on artists with a more slickly produced "commercial" sound than what had been featured a few years earlier. Noted DJ "Kid Leo" Travagliante of influential station WMMS in Cleveland observed the changes in a 1975 interview: "I think the '60s are ending about now. Now we are really starting the '70s. The emphasis is shifting back to entertainment instead of being 'relevant'...In fact, I wouldn't call our station progressive radio. That's outdated. I call it radio. But I heard a good word in the trades, AOR. That's Album-Oriented Rock. That's a name for the '70s."[8]

Radio consultants Kent Burkhart and Lee Abrams had a significant impact on AOR programming. Beginning in the mid-1970s they began contracting with what would become over 100 stations by the 1980s. Abrams had developed a format called SuperStars, pioneering it at WQDR, and had been very successful in delivering high ratings. The SuperStars format was based on extensive research and focused on the most popular artists such as Fleetwood Mac and the Eagles and also included older material by those artists.[9] While his SuperStars format was not quite as tight as Top 40 radio, it was considerably more restricted than freeform or progressive radio. Their firm advised program directors for a substantial segment of AOR stations all over the US.

By the late 1970s, AOR radio discarded the wide range of genres embraced earlier on to focus on a more narrowly defined rock sound. The occasional folk, jazz, and blues selections became rarer and most black artists were effectively eliminated from airplay. Whereas earlier soul, funk, and R&B artists like Stevie Wonder, War, Sly Stone and others had been championed by the format, AOR was no longer representing these styles,[10] and took a stance against disco. In 1979, Steve Dahl of WLUP in Chicago destroyed disco records on his radio show, culminating in the notorious Disco Demolition Night at Comiskey Park.

What links the freeform, progressive, and AOR formats are the continuity of rock artists and songs carried through each phase. Programmers and DJs of the freeform and progressive phases continued to cultivate a repertoire of rock music and style of delivery that were foundations of AOR and classic rock radio. Those AOR stations, which decided to stay "demographically-rooted", became classic rock stations by eschewing newer bands and styles which their older listeners might tune out. Those that did not fully evolve into classic rock generally attempted to hold on to their older listeners through careful dayparting, playing large amounts of classic rock during the 9-5 workday shift while newer material was played at night when the listener base skewed younger.

Most radio formats are based on a select, tight rotation of hit singles. The best example is Top 40, though other formats, like country, smooth jazz, and urban all utilize the same basic principles, with the most popular songs repeating every two to six hours, depending on their rank in the rotation. Generally there is a strict order or list to be followed and the DJ does not make decisions about what selections are played.

AOR, while still based on the rotation concept, focused on the album as a whole (rather than singles). In the early 1970s, many DJs had the freedom to choose which track(s) to play off a given album--as well as latitude to decide in what order to play the records. Consequently, AOR radio gave mainstream exposure to album tracks that never became hits on the record charts that were limited to singles; Billboard, for instance, did not establish an airplay chart for album tracks until 1981.

Later in the 1970s AOR formats became tighter and song selection shifted to the program director or music director, rather than the DJ. Still, when an AOR station added an album to rotation they would often focus on numerous tracks at once, rather than playing the singles as they were individually released.

In the early 1980s, AOR radio was criticized by the Black Music Association, a trade association, and other industry observers for the lack of black artists included in their programming. AOR programmers responded that the lack of diversity was the result of increased specialization of radio formats driven by ratings and audience demographics.[11][12] In 1983, the success of Michael Jackson's album Thriller led to Jackson's "Beat It", which featured Eddie Van Halen, to be added to the playlists of many AOR channels. At the same time, other black artists also made inroads into AOR radio--Prince ("Little Red Corvette") and Eddy Grant ("Electric Avenue"), along with Jackson ("Beat It"), debuted on Billboard's Top Tracks chart during the same week in April 1983. Through the remainder of the 1980s Jon Butcher, Tracy Chapman, Living Colour, Prince, and Lenny Kravitz also received AOR airplay.

In the 1980s some AOR radio stations added glam metal bands such as Mötley Crüe and Bon Jovi, while others embraced modern rock acts such as the Fixx, INXS and U2. But by the end of the decade, AOR stations were playing fewer and fewer new artists and the rise of grunge, alternative and hip-hop accelerated the fade-out of the album-oriented rock format. By the early 1990s many AOR stations switched exclusively to the classic rock format or segued to other current formats with somewhat of an AOR approach: 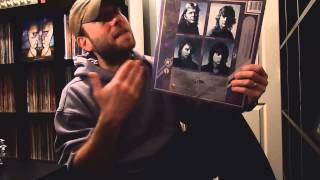 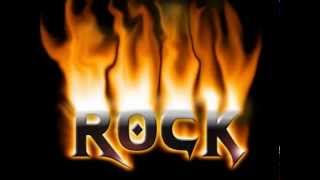 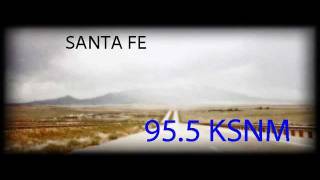 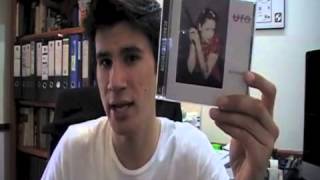 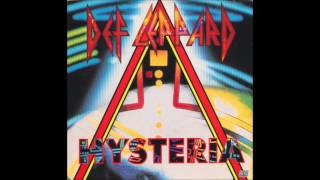 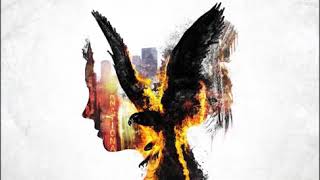 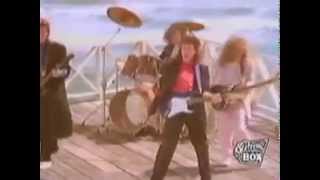 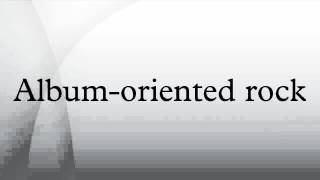