Emotional abandonment is a subjective emotional state in which people feel undesired, left behind, insecure, or discarded. People experiencing emotional abandonment may feel at a loss, cut off from a crucial source of sustenance that has been withdrawn, either suddenly, or through a process of erosion.

In a classic abandonment scenario, the severance of the emotional bond is unilateral, that is, the object of one's attachment is the one who chose to break the connection. Feeling rejected, which is a significant component of emotional abandonment, has a biological impact in that it activates the physical pain centers of the brain and can leave an emotional imprint in the brain's warning system.[1]

Emotional abandonment has been a staple of poetry and literature since ancient times.[2]

Individuals who experience feelings of emotional abandonment may also experience a broad range of maladaptive thoughts and behaviors (e.g., depressive symptoms, relationship avoidance or relationship dependence) that may be a significant source of difficulty in daily life, particularly in the context of interpersonal relationships and social settings.[3][4] Such difficulties may impair one's ability to establish and maintain close and meaningful relationships with others.[3][5] While such maladaptive thoughts and behaviors are sometimes present in the context of certain psychological disorders (e.g., borderline personality disorder, antisocial personality disorder, depression, anxiety disorders), not all individuals who experience feelings of emotional abandonment will meet criteria for such a psychological disorder. These individuals may function within normal limits despite the presence of these emotional difficulties[6][5]

Feelings of emotional abandonment alone are not enough to merit a diagnosis for a psychological disorder. Such feelings should only be considered by a mental health professional in conjunction with all available information and diagnostic criterion prior to drawing conclusions about the state of someone's mental health.[6] When treatment is deemed appropriate by a mental health professional, there are several treatment plans that are helpful in improving maladaptive thoughts and behaviors commonly manifested in those who feel emotionally abandoned. For example, cognitive behavioral therapy (CBT) is effective in treating depression, anxiety disorders, and PTSD.[7]Emotion focused therapy (EFT) is effective in treating depression.[7]Dialectical behavior therapy (DBT) is effective in treating negative emotionality and impulsive behaviors commonly seen in those diagnosed with borderline personality disorder.[8][9] Another form of therapy that is suited to this population is acceptance and commitment therapy (ACT). ACT focuses on an individual's avoidance of painful emotions and memories. ACT techniques are designed to cultivate thought processes that are focused on being present in the moment and accepting uncomfortable or painful thoughts and feelings. Reframing maladaptive perceptions of one's thoughts to adaptive perceptions of thoughts and committing to aligning one's behaviors with one's goals and values is fundamental to ACT treatment.[8] Just like the process of arriving at diagnostic conclusions, all modes of therapy and treatment plans should be based on individual presentation and should be evaluated by a mental health professional before beginning treatment.

Separation anxiety, a substrate of emotional abandonment, is recognized as a primary source of human distress and dysfunction.[10] When we experience a threat or disconnection within a primary attachment, it triggers a fear response referred to as separation stress or separation anxiety.[11] Separation stress has been the subject of extensive research in psychological[12] and neurobiological[13] fields, and has been shown to be a universal response to separation in the animal world.[14] When laboratory rat pups are separated from their mothers for periods of time, researchers measure their distress vocalizations and stress hormones to determine varying conditions of the separation response.[11] As the rats mature, their subsequent reactive behaviors and stress hormones are reexamined and are shown to bear a striking resemblance to the depression, anxiety, avoidance behaviors, and self defeated posturing displayed by human beings known to have suffered earlier separation traumas.[15]

Owing to the neocortical component of human functioning, when human beings lose a primary relationship, they grasp its potential repercussions (i.e. they may feel uncertain about the future or fear being unable to climb out of an abyss), thus encumbering an additional layer of separation stress.[16] To abandon is "to withdraw one's support or help from, especially in spite of duty, allegiance, or responsibility; desert: abandon a friend in trouble."[17] When the loss is due to the object's voluntary withdrawal, a common response is to feel unworthy of love. This indicates the tendency for people to blame the rejection on themselves. "Am I unworthy of love, destined to grow old and die all alone, bereft of human connection or caring?" Questioning one's desirability as a mate[18] and fearing eternal isolation are among the additional anxieties incurred in abandonment scenarios.[19] The concurrence of self devaluation and primal fear distinguish abandonment grief from most other types of bereavement. [20]

The depression of abandonment grief creates a sustained type of stress that constitutes an emotional trauma which can be severe enough to leave an emotional imprint on individuals' psychobiological functioning, affecting future choices and responses to rejection, loss, or disconnection.[21] A contributing factor to the trauma-producing event is that 'being left' triggers primal separation fear, also referred to as primal abandonment fear - the fear of being left with no one to take care of one's vital needs. People's first anxiety is a response to separation from mother.[22] This sensation is stored in the amygdala - a structure set deep into the brain's emotional memory system responsible for conditioning the fight/freeze/flight response to fear.[23] Primal fear may have been initiated by birth trauma and even have some prenatal antecedents.[24] The emotional memory system is fairly intact at or before birth and lays down traces of the sensations and feelings of the infant's separation experiences.[25] These primitive feelings are reawakened by later events, especially those reminiscent of unwanted or abrupt separations from a source of sustenance.[26]

In adulthood, being left arouses primal fear along with other primitive sensations which contribute to feelings of terror and outright panic. Infantile needs and urgencies re-emerge and can precipitate a symbiotic regression in which individuals feel, at least momentarily, unable to survive without the lost object.[18] People may also experience the intense stress of helplessness.[27] When they make repeated attempts to compel their loved one to return and are unsuccessful, they feel helpless and inadequate to the task. This helplessness causes people to feel possessed of what Michael Balint calls "a limited capacity to perform the work of conquest - the work necessary to transform an indifferent object into a participating partner." According to Balint, feeling one's 'limited capacity' is traumatic in that it produces a fault line in the psyche which renders the person vulnerable to heightened emotional responses within primary relationships.[28]

Another factor contributing to the traumatic conditions is the stress of losing one's background object. A background object is someone on whom individuals have come to rely in ways they did not realize until the object is no longer present.[29] For instance, the relationship served as a mutual regulatory system. Multiple psychobiological systems helped to maintain individuals' equilibrium.[30] As members of a couple, they became external regulators for one another. They were attuned on many levels: their pupils dilated in synchrony, they echoed one another's speech patterns, movements, and even cardiac and EEG rhythms.[31] As a couple, they functioned like a mutual bio-feedback system, stimulating and modulating each other's bio rhythms, responding to one another's pheromones,[32] and addicting to the steady trickle of endogenous opiates induced by the relationship.[33] When the relationship ends, the many processes it helped to regulate go into disarray.[30] As the emotional and bio-physiological effects mount, the stressful process is heightened by the knowledge that it was not the person, but their loved one who chose to withdraw from the bond.[18] This knowledge may cause people to interpret their intense emotional responses to the disconnection as evidence of their putative weakness and 'limited capacity to perform the work of conquest'.[28]

Some people who experience the traumatic stress of abandonment go on to develop post traumatic symptoms.[34] Post-traumatic symptoms associated with abandonment include a sequela of heightened emotional reactions (ranging from mild to severe) and habituated defense mechanisms (many of which have become maladaptive) to perceived threats or disruptions to one's sense of self or to one's connections.[35]

There are various predisposing psycho-biological and environmental factors that go into determining whether one's earlier emotional trauma might lead to the development of a true clinical picture of post-traumatic stress disorder.[21] One factor has to do with variation in certain brain structures. According to Jerome Kagan, some people are born with a locus coeruleus that tends to produce higher concentrations of norepinephrine, a brain chemical involved in arousal of the body's self-defense response.[36] This would lower their threshold for becoming aroused and make them more likely to become anxious when they encounter stresses in life that are reminiscent of childhood separations and fears, hence making them more prone to becoming post-traumatic.

The most distinguishing symptoms of borderline personality disorder (BPD) are marked sensitivity to rejection or criticism, and intense fear of possible abandonment.[37] Overall, the features of BPD include unusually intense sensitivity in relationships with others, difficulty regulating emotions, issues with self-image and impulsivity.[37] Fear of abandonment may lead to overlapping dating relationships as a new relationship is developed to protect against abandonment in the existing relationship. Other symptoms may include feeling unsure of one's personal identity, morals, and values; having paranoid thoughts when feeling stressed; depersonalization; and, in moderate to severe cases, stress-induced breaks with reality or psychotic episodes.

Autophobia is the specific phobia of isolation; a morbid fear of being egotistical, or a dread of being alone or isolated.[38] Sufferers need not be physically alone, but just to believe that they are being ignored or unloved. 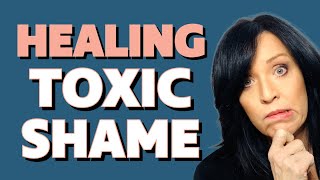 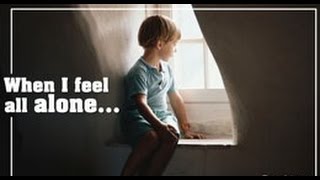 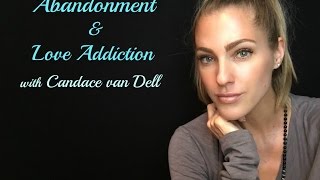 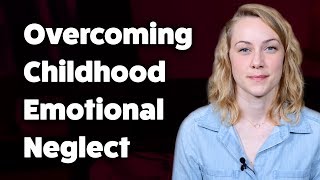 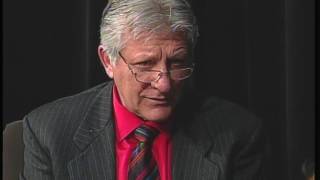 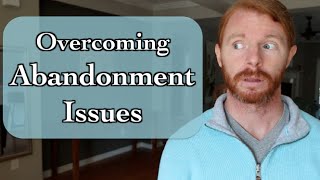 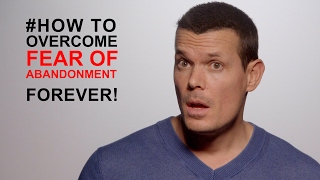 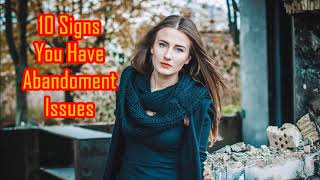 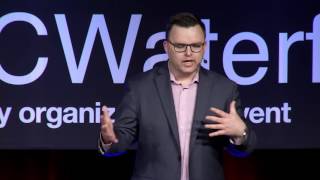 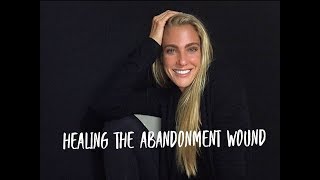 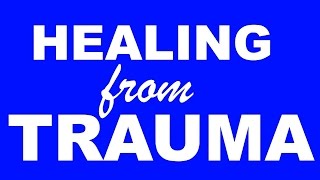 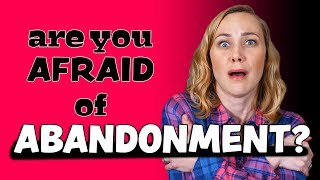 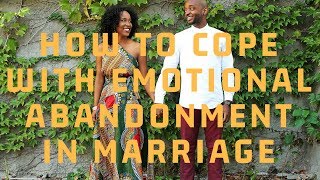 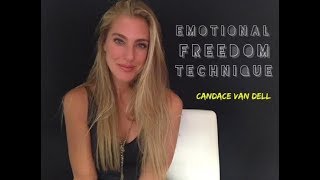 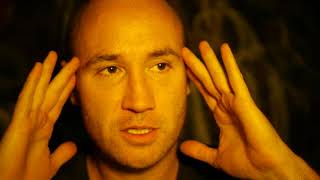 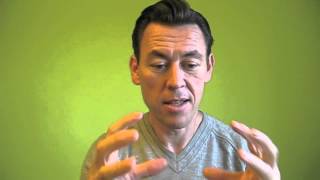 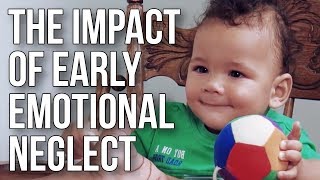 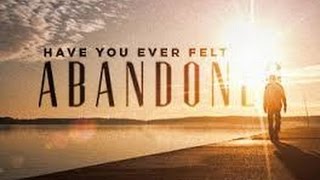 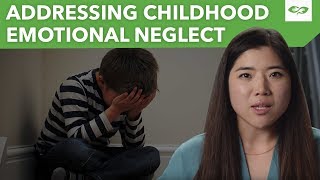 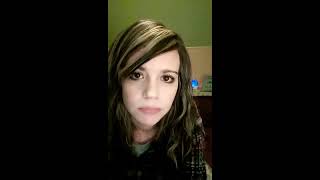