The 1999-2000 NBA season was the Rockets' 33rd season in the National Basketball Association, and 29th season in the city of Houston.[1] During the offseason, the Rockets acquired Walt Williams and Kelvin Cato from the Portland Trail Blazers, and signed free agent Shandon Anderson. The Rockets got off to a bad start losing ten of their first twelve games, as Hakeem Olajuwon played just 44 games due to injury. The Rockets finished sixth in the Midwest Division with a record of 34-48, failing to qualify for the playoffs, which was the first time they missed the postseason since the 1991-92 season.

After he already announced in the off-season that the upcoming season would be his last, Charles Barkley suffered a knee injury in December, which forced an early end to his career. However, he would return on April 19, 2000 against the Vancouver Grizzlies, his final NBA game. He came off the bench and scored on a put-back, scoring his final career points, after which he received a standing ovation. After the game, Barkley retired, ending his 16-year NBA career.[2]

This season is memorable when the Rockets acquired future three-time All-Star Steve Francis in a trade from the Grizzlies, who drafted him with the 2nd pick in the 1999 NBA draft. He would later participate in the Rookie-Sophomore Game and the Slam Dunk Contest during the All-Star Weekend. Francis finished second in the Dunk Contest to Vince Carter of the Toronto Raptors. He also shared Rookie of the Year honors with Elton Brand of the Chicago Bulls.[3] 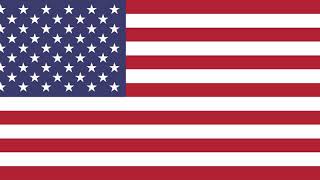